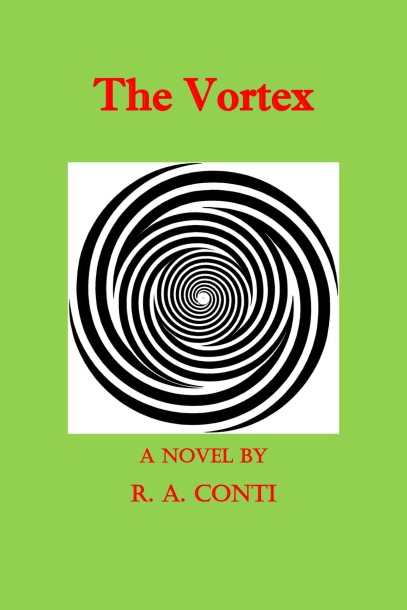 Some of the characters you will meet in The Vortex

MICHAEL ROMANELLI: Michael graduates from high school in the spring of 1964. Most of his high school friends are going to college but he is facing a bleak future. He fancies himself a budding writer and intellectual but his parents refuse to consider sending him to college. Instead, they have arranged a job in the receiving department of a local department store.

He decides to run away and leaves home on a hot July morning carrying a gym bag with his clothes and a plastic bag full of notebooks in which he has written his ideas, journals, and stories. He buys a bus ticket for Atlantic City. He is going there to find a girl he fell in love with in high school.

He never gets to Atlantic City. He never even boards that bus.

CLARICE HARTFORD: Michael’s first girlfriend. She notices when he moves into her neighborhood and befriends him. They explore each other but their intimacy doesn’t last.

KATHLEEN DAVIS: She and Michael are part of a small group of intellectual kids in the high school Academic Program. They have the same History and English classes taught by Claire Owens, who is also the faculty advisor for the Creative Writing Club.

Kathleen lives with her ailing father. She takes care of him but he regrets taking up so much of her time. He would prefer her spending time with her high school friends.

She and Michael attend a post-graduation party given by Claire Owens and spend the entire party talking to each other. Unbeknownst to Michael, Kathleen is heading off to a summer in Europe (the trip is a graduation present from her father.)

She has a full scholarship but college life is difficult. She has trouble finding her way as a freshman and as a young woman living away from home. Her loneliness allows her to be drawn into a campus relationship but it’s not a healthy or normal one.

BETSY McGUIRE: Betsy is a minister at a small downtown church. She is married to Colin who is also a minister. She was secure in God’s, and her husband’s, love but she has become unhappy. Her husband has cooled toward her. She is afraid losing his love will mean she will also lose her faith. She goes in search of love and finds it in an unusual person, which puts her life at risk.

BRENDA BERG: Brenda is a 50 year old woman who faces a crisis that might end her life.  She feels that, despite being half-a-century old, she has yet to acquire knowledge and understanding about life. People less than half her age are striking out on personal journeys. Feeling she has nothing to lose, she leaves home and family, hoping to find herself on the road. She does, but not in a way she expected.

SOPHIA COHEN: Born and raised in New York, she is married to a real-estate mogul. She is also a lesbian. She and her husband give up on their marriage. One of her husband’s properties is the Rialto, an old movie house in Philadelphia. To get away from him she asks for the Rialto and opens it as a repertory film cinema like the ones she goes to in New York. She runs the Rialto as a labor of love and it is a success. But changes in the film industry threaten that success.